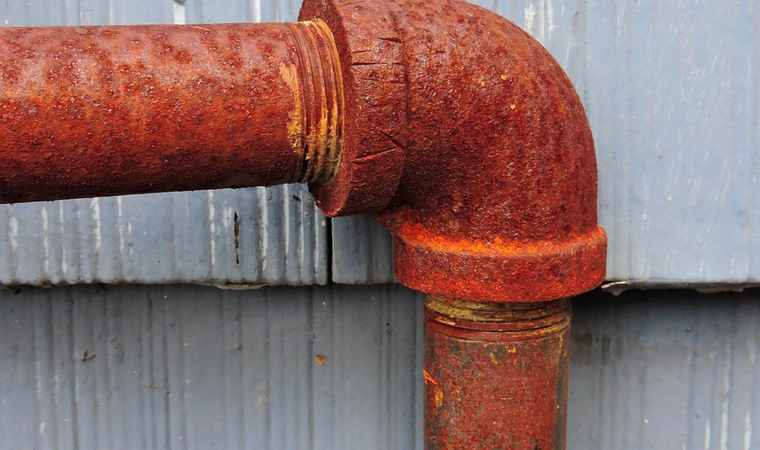 To Plug the Leak, You Must First Find It

One doesn’t necessarily think of leaks this time of year. Pipes aren’t freezing, so you’re good, right? Not necessarily. McAdams marketing specialist, Kellee, found herself in exactly this position last month after an email from her water company said that her water had been running continuously for four days straight. As a PNW native, wasting water is sacrilege, and a leak can be a homeowner nightmare.

Her first step was to determine where the leak was coming from. She walked through each room with a water connection, and listened for any running water. When she heard none, she located her water meter at the street, and then turned off the water to the house. The dial kept running, which indicated that the leak was between the meter and the house. A quick call to 811 to have appropriate utility lines marked, was a necessary task*. After moving some planters, and the landscaping tarp, it was obvious where the leak was. Digging, more digging, and the pipe and leak were found. After the water company turned off the water, a call to a plumber with an appointment for the following morning, and the pipe was fixed within an hour. It seemed regular pressure from rocks around the pipe had finally worn down the old section of pipe, causing the leak to occur.

All in all, finding and treating the leak was relatively easy, simplified by the fact that the water company was kind enough to notify them, and Kellee’s home had a shut-off valve to the house, which is not the case with all homes. The plumber recommended sand around the pipe to avoid further rock damage in the future. After replacing the dirt, the leak, and all remnants of the problem, was fixed.

*A tip: there is a non-emergency option that can possibly have the utilities show up in as early as four hours instead of the standard 48-72 hours.